Our Poor Florida—Timeshare Capital of the World 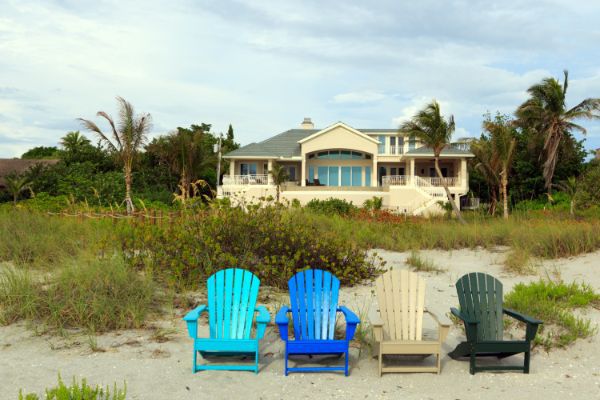 Timeshares, like cockroaches, have managed to spread around the world. Like dirty insects they creep and crawl over every place that was once nice, warm, desirable as a place to spend times of leisure. But no place else—no place else on earth—has been saddled with a worse case of timeshare cooties than our beloved Florida.

Perhaps it was in the DNA of timeshares that this would happen. Everyone knows that Florida is an undeniably beautiful state, with a great climate, plenty of sunshine, water on two coasts totaling around 8,000 miles of beachfront, well-known attractions offered by Orlando in the center of the state, and of course great people. Travelers from all over the United States—and hailing from the rest of the world—choose to come here for vacation, and, for that matter, to retire and spend their twilight years here.

So it’s no surprise that the very first timeshare scheme to appear in the continental United States took root in our very own Fort Lauderdale in 1974. That’s when the Caribbean International Corporation came to roost. Rather than ownership, this company offered a “vacation license” spanning twenty-five weeks. Though this initial occurrence was downright honorable by today’s standards—even including a frozen “per diem” of $15—it started the boulder rolling down the hill. Now, of course, that “per diem” is known as “maintenance fees,” and you’ll never find them frozen—instead, they always rise each year at an alarming rate, without any ethical endpoint in sight. That boulder has become an avalanche.

Now our state is saddled with more than 350 timeshare resorts, each containing as many units as its greedy corporate owners can cram onto their properties. This amounts to nearly a quarter of all timeshares in the entire United States.

These ravenous insects advertise their “free stays,” their “free snorkeling adventures,” focusing of course on the elderly, who may not be able to move to Florida but who want to spend as much time here as they can. Again, the desire to come to Florida is natural—we understand it (after all, we choose to live here ourselves). But this desire is taken advantage of, and the crooks who sell people their ephemeral “properties” are in it to fleece these poor people of as much money as possible while giving them as little return as they can get away with (and they use tactics that fall outside of the law altogether when it suits their purposes).

Here at The People’s Advocate, we stand up to thisarmy of timeshare Goliaths on behalf of mistreated consumers, because we believe in the public interest of consumer protection. If you have been tricked or coerced into a timeshare contract—whether in our beleaguered Florida or elsewhere, feel free to contact us for a free information session.